"Bob ran all seven test events we produced in Mexico between October 2010 and October 2012," Michael Anderson says.  "He learned a lot, made some changes, put together an event production team and started making plans for our first official Double Road Race in Pleasanton, California."

"It was an exciting morning in Pleasanton.  It was just two days before Christmas and 1397 people had registered for our first Double," says Bob Anderson.

"Fernando Cabada and Tina Kefalas set world records, we awarded $5800 of prize money, we gave out a cool two-sided key-chain medal to all Double finishers, marathon great Bill Rodgers joined us for the weekend, and the atmosphere in the Recovery Zone during halftime was amazing.  It was a totally fun day."
- - - - - - - - - - - - - - 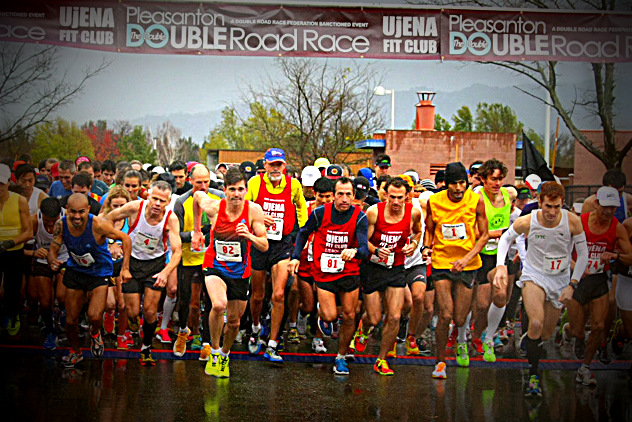 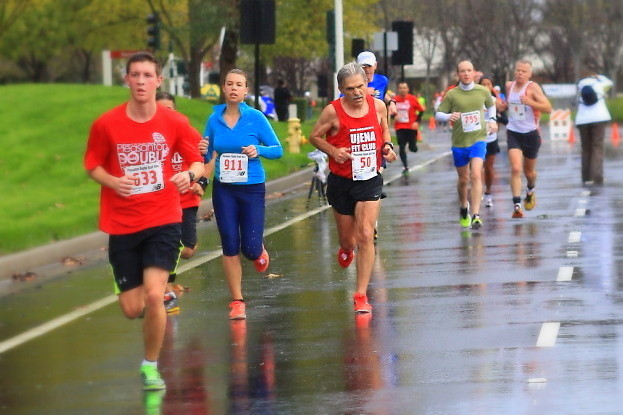 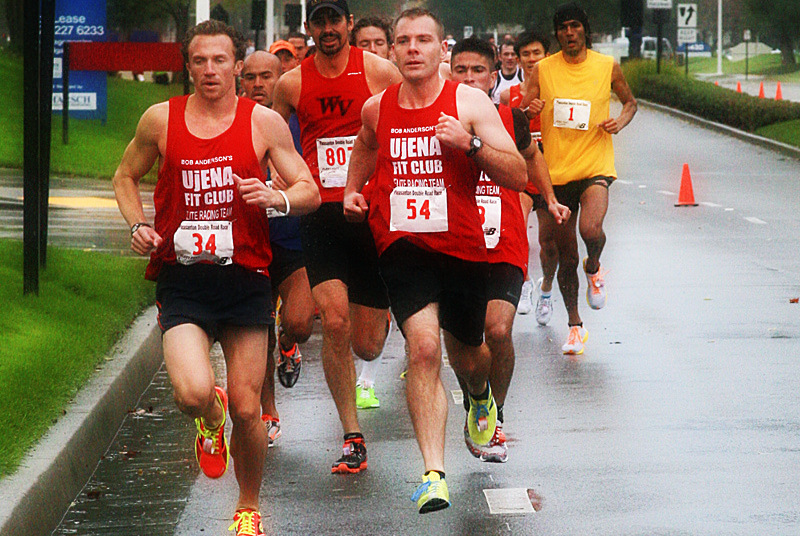 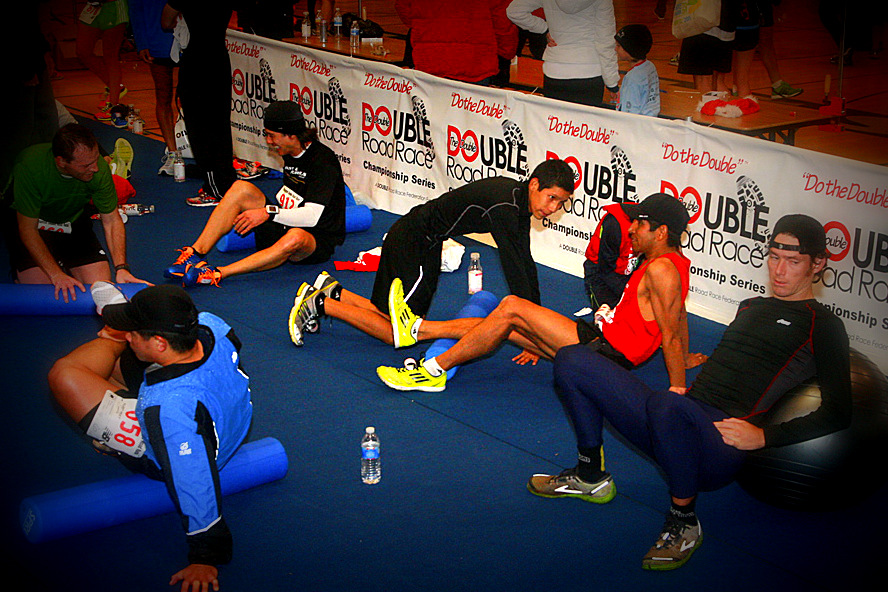