Inspiring, innovating and participating in the evolution of running.  Become a Double Run Director today and help bring the Double Running movement to your community.

A brand new International sport has been created - Double Running®, - A single two stage race with a half time break between the stages.  It is a world class and family fun new running sport.

Double Running®, double for short, participants first run the longer stage, take a halftime break and then run the second stage. Times are combined for scoring.

BECOME A DOUBLE RUNNING DIRECTOR
The DRRF (Double Road Race Federation and governing body of Double Racing)  is looking for sharp inspiring people who can help us develop Double Running® throughout the United States and around the world. 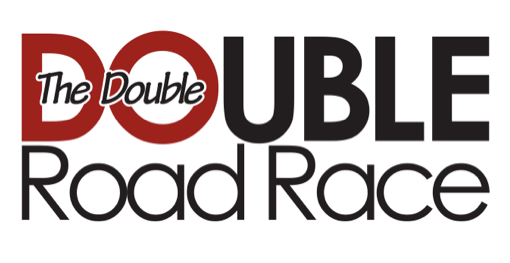 DOUBLE ROAD RACE FEDERATION
The sport of Double Running® governing body is the DRRF (Double Road Race Federation).  Bob Anderson, founder of Runner's Magazine and lifetime runner, is the DRRF chairman.  All rules and regulations are set and approved by its board of directors.  All statistics and records are verified and maintained by the DRRF.  World record bonus money and leader board prize money of Double Championship races are paid and distributed by the DRRF.  Click here to meet our DRRF Board of Directors and Staff.

NINE OFFICIAL DRRF DOUBLE RUNNING® DISTANCES
There are six official Double Running® distances and the second leg starts at different intervals.  A participant must complete both legs to get a time.

The restart is the time when the second leg starts from when the first leg started.  The restart can be 30 minutes sooner or later except for the Double Road Race 15k which is fixed (give or take 10 minutes) and the Sprint Double which is fixed.   In all cases the restart must be announced in advance.  On distances from 21k (half-marathon) and longer, slower runners can start early.  (Click here for additional details.)

The official DRRF distances are:

1. Double Racing®
These are Doubles held on roads or paved bike paths on either out and back or loop courses.  The halftime is situated near the finish line.

The Double Road Race® 15k Championship series was started in 2013.

2. Double Adventure Run®
The second type of Double is the Double Adventure Run®.  These Doubles can be held on different terrains and on more challenging courses.  The courses do not need to be run on certified courses however the distance should be measured by a Garmin or similar device.

All Double Adventure Runs® will be two stage races with a halftime in between.

The length of Double Adventure Runs can vary.  But each have a halftime break between the stages.  The halftime in many cases will be simipler.

Double Road Race® CHAMPIONSHIP SERIES
"Our featured event is the Double Road Race (aka Double 15k)," says creator Bob Anderson.  "We have established a Double Leader Board offering bonus dollars for runners who earn the most points.  Just for finishing a Double Racing event, all participants receive 10 points just for finishing.  For the Double Road Race 15k, 10-80 points can be earned based on your performance as long as the DRR is part of this series.  There is an additional fee to be part of this series."

YOU TOO CAN BE A DOUBLE DIRECTOR!

Be  part of this new sport.  You will need to pay an annual license fee to have the rights to stage a Double Running events.

The Double Road Race Federation (DRRF), the sport governing body, is looking for directors.  A good opportunity awaits you!

As the director you will cover all your costs and receive all the revenue from entry fees and sponsorships as well.  Our program works like this:

1. First you need to secure the license to director a Double Running event.  The non-exclusive annual license fee is currently $300 per year per event* (you can hold muliple Double events during your Double weekend.)

2. If you would like to stage a Double Road Race (aka Double 15k) and be part of our Championship Series and receive other benefits, the non-exclusive annual license fee is currently $900 per year per event.  Your participants will earn up to 80 points for the Double Leader Board and the top 25 men and women will be awarded $6800 of prize money.   Also, the DRRF is currently paying out a $1000 bonus for a man or woman to break the  Double 15k world record and $500 each for an American Record.

If you would like your Double to be part of the Double Road Race (Double 15k) Championship Series, the license fee is $2500US annually.  All your participants can earn from 10-80 points for the annual Leader Board.  Your Double will be guaranteed to be featured in Double Runner magazine.  One DRRF certified official will be on site.

3. The only other expense to be an official DRRF event is you need to pay a commission for each finisher (not including the Kids Cup Double).  The current commission is $3.00 per finisher.  This needs to be paid within 10 days after the completion of your event.

4. If you would like to have Bob Anderson attend your event and or one photographer, the cost would be travel, hotel, food and ground transporation plus a reasaonable per day fee.

THE MAN BEHIND THE DOUBLE

"My name is Bob Anderson.  I live in Los Altos California USA. I have been running for 54 years. In 2012 I ran 50 races, covered 350.8 miles and averaged 6:59 per mile.  A movie A Long Run featuring me was released in August 2014 highlighting my 50-race challenge, starting Runner's World magazine and creating Double Running®.

"In 2012 I founded the Double Road Race Federation (DRRF), which I am the Chairman, says Bob Anderson.

"When I sold Runner's World to settle a costly divorce, I had to sign a no compete clause, keeping me out of the business of running for five years," Bob said.

"I immediately shifted my focus professionally but I never stopped running.  My love of photography lead me into building a successful swimwear company called Ujena.  Our 32-year-old Ujena family owned business is run daily by my daughter Lisa.

'I am the CEO of Ujena, however much of my time these days is being spent on what I think is going to be my most successful venture ever - the new sport of Double Running®."


BE PART OF THIS NEW SPORT - DOUBLE RACING®

Bob Anderson is funding this venture himself with full support from his company Ujena.

WHAT DOES IT TAKE TO BE A DOUBLE DIRECTOR?


A director needs to believe in Double Running® and want to help us turn it in a major sport.  "I think our new sport is going to grow into a big sport.  The triathlon was started 41 years ago and now it is a two billion dollar industry," Bob stated.

A director must have enough financial strength to make this happen.

Beyond this, the requirements of the DRRF are the following:

1. The director needs to pay an annual license fee to the DRRF to secure the rights to hold a Double Running event starting at $300 annually.  ($900 for the Double Road Race (aka Double 15k).

2.  The  director needs to pay a commission for each Double finisher to DRRF. The current rate is $3.00 per finisher.

3. All expenses including production and marketing fees will be paid by the director.

4. All entry fees  and sponsorship sales will go to producer.

We are hoping to add your Double Running® events to our next calendar.

If you have any questions, give me a call.